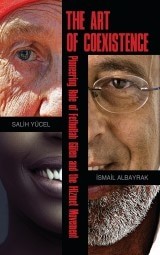 Art of Coexistence, the

Despite the existence of some pessimists, there are a number of initiatives working for the common good and expending great effort to solve these problems.

The global threat of war, terrorism, the increased gap between poor and rich, famine, malnutrition, global warming and pollution, and many other social and cultural problems, pose a real challenge for present citizens of the globe. Intellectuals and politicians take these challenges as their primary concerns. Despite the existence of some pessimists, there are a number of initiatives working for the common good and expending great effort to solve these problems. The Hizmet (Gulen) Movement is one of the most influential initiatives that should be taken into consideration in this context. Fethullah Gulen is a Turkish Muslim scholar whose ideas have inspired and influenced many Turkish intellectuals, educators, students, businessmen, politicians and journalists inside and outside Turkey to establish schools, educational and intercultural centers, and humanitarian aids organization in more than one hundred fifty countries. Yucel and Albayrak cover the Hizmet Movement under the leadership of Fethullah Gulen from various perspectives in order to shed lights on current discussions.

Salih Yücel is an Associate Professor at the Centre for Islamic Studies and Civilization, Charles Sturt University in Australia and he is also part-time lecturer at Australian Catholic University.

Be the first to review “Art of Coexistence, the” Cancel reply