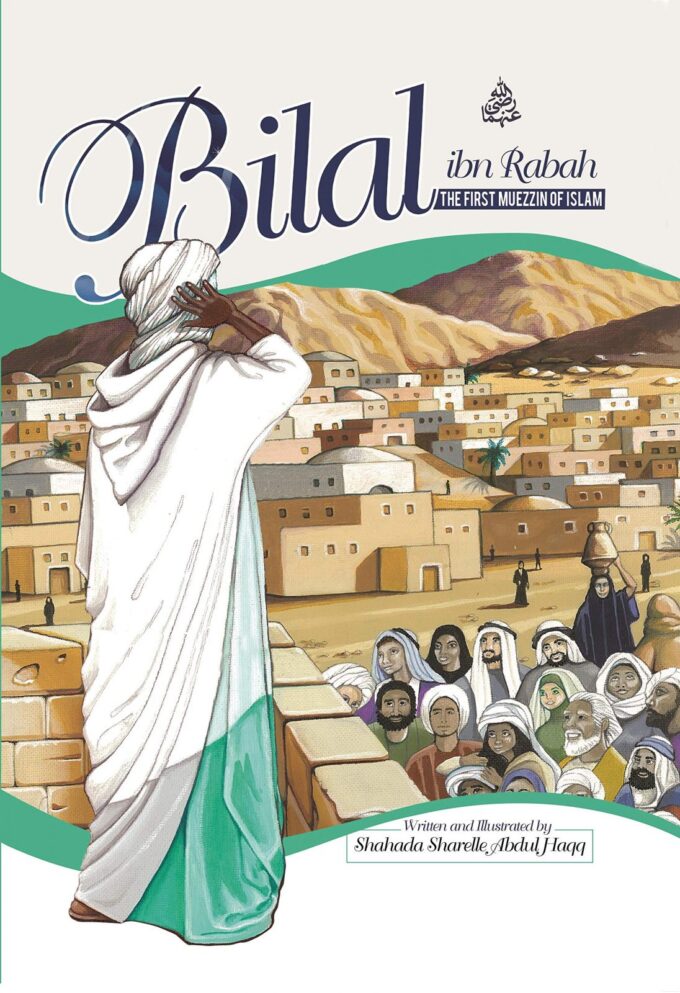 Marked by torture, isolation, and persecution under Meccan pagans, the early days of Islam in seventh century CE were very difficult for the small number of believers who gathered around Prophet Muhammad, peace be upon him. Yet, for slaves who embraced Islam were the ones who suffered most, because they had no rights, freedoms, and protection. This book presents to Muslim kids one spectacular hero from among these Muslim slaves: Bilal ibn Rabah. Born into slavery to a family of African descent, Bilal found the liberation he was looking for all his life with Islam. He was liberated in spirit, but this was not tolerated by his master, who tortured him to renounce his new faith. Bilal endured and rose to become one of the most entrusted friends of the Prophet who became the first muezzin to call Muslims to prayer.

Shahada Sharelle Abdul Haqq  is an illustrator for children's books and a member of the founding team of Huntsville Islamic Academy, Huntsville, Alabama. She holds a Bachelor of Fine Arts degree She is the author of bestselling title Stories of the Prophets in the Holy Our'an. Sharelle is a member of the Pan­ American Montessori Society. She lives with her five sons in Huntsville, Alabama.