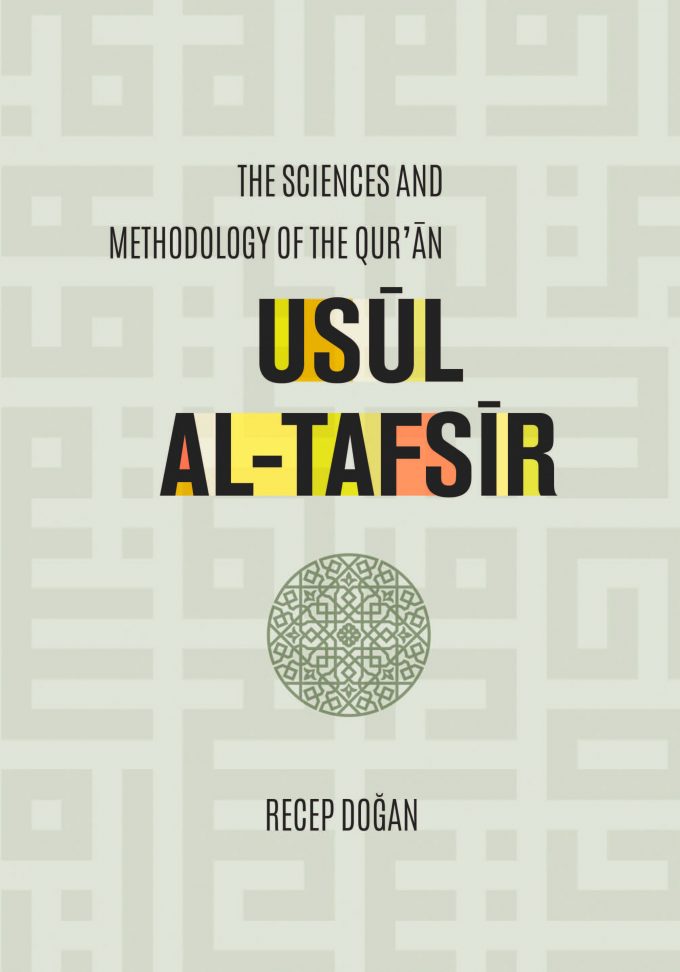 The Science and Methodology of the Quran

This valuable work on the methodology of exegesis by Dr. Recep Dogan will serve as an important measure for future works in this area. With his expertise in the history and exegesis of the Qur’an, as well as his familiarity and comprehensive understanding of Islamic disciplines, Dr. Dogan has managed to combine both classical and modern acquis. Those who benefit from this study will witness a centuries-old tradition at the same time learning modern developments and formations. Dr. Dogan displays a clear procedure for his readers with his method of explanation on the continuity of Quranic exegesis. He at all times maintains a serious balance and builds a meaningful bridge between the past and the present through the many examples he gives. Presenting a variety of different approaches, Dr. Dogan also offers a broad range of Western approaches in reading the Qur’an. Western institutes that offer and those who receive education in the ‘Introduction to the Qur’an’ or ‘Approaches to the Qur’an’ will especially appreciate this work. It will also serve as reference to those who have an interest in the field or any Muslim who wants to deepen their understanding of their Muslim identity in the light of the Qur’an.

In the field of Qur’anic studies, Usul Al-Tafsir is a major subfield about which one can find abundant literature from the classical period. In modern times, both Muslims and non-Muslims have contributed a number of books on the subject in English. Some important contributions by Muslims in English include Ahmad Von Denfer’s ‘Ulum al-Quran (1983), Yasir Qadhi’s An Introduction to the Sciences of the Qur’an (1999), Hasanuddin Ahmad’s Introducing the Qur’an (2005), Abdullah Saeed’s Interpreting the Qur’an (2006) and Quran: An Introduction (2008). According to the author of the book under review, all these books remain both ‘limited in content and fewer in number’ (p.xiv). The scholarship of orientalists in this branch of study is also neither satisfying nor flawless, for they give a feeling of ‘manipulation due to certain deductions in their approaches to the Qur’an.’

For these reasons, Recep Dogan (Centre of Islamic Sciences and Civilizations, Charles Sturt University, Australia) has attempted to fill this gap. Apart from the Foreword by Ismail Albayrak (pp. xiii-xv), the book consists of twelve chapters with Glossary and Bibliography. The book deals with the following topics: “History and Development of Qur’anic Exegesis”, “Wahy (Revelation): Meaning, Nature, and Forms”; “Transmission of the Quanic Revelation”, “Form, Structure, Coherence, and I’jaz of the Qur’an”; “History of the Interpretation and Interpreters of the Qur’an”; Asbab al-Nuzul (Occasions of the Revelation) and Isra’iliyyat; “Muhkamat and Mutashabihat (Clear and ambiguous Verses)’; “The Notion and Theory of Naskh (Abrogation)”; “Qira’at and the Abruf al-Sab’ah (Qur’anic Readings and Seven Letters)”; Qasas and Tanasub (Qur’anic Stories and Thematic Unity in the Qur’an)”; Ishari Tafsir (Allegorical Interpretations of the Qur’an)”; and “Textual Analysis and Translation of the Qur’an”.

All these chapters are very detailed but written in a lucid and simple manner. One of the unique features of this work is that each chapter, except for chapters 11 and 12, presents in “Summary” some of the major points of each section. Dogan’s Usul al-Tafsir is a welcome addition to this genre of literature which I recommend for all serious students of Islam, Qur’anic studies, especially those students who have little or no knowledge of Arabic.

Be the first to review “Usul Al-Tafsir” Cancel reply