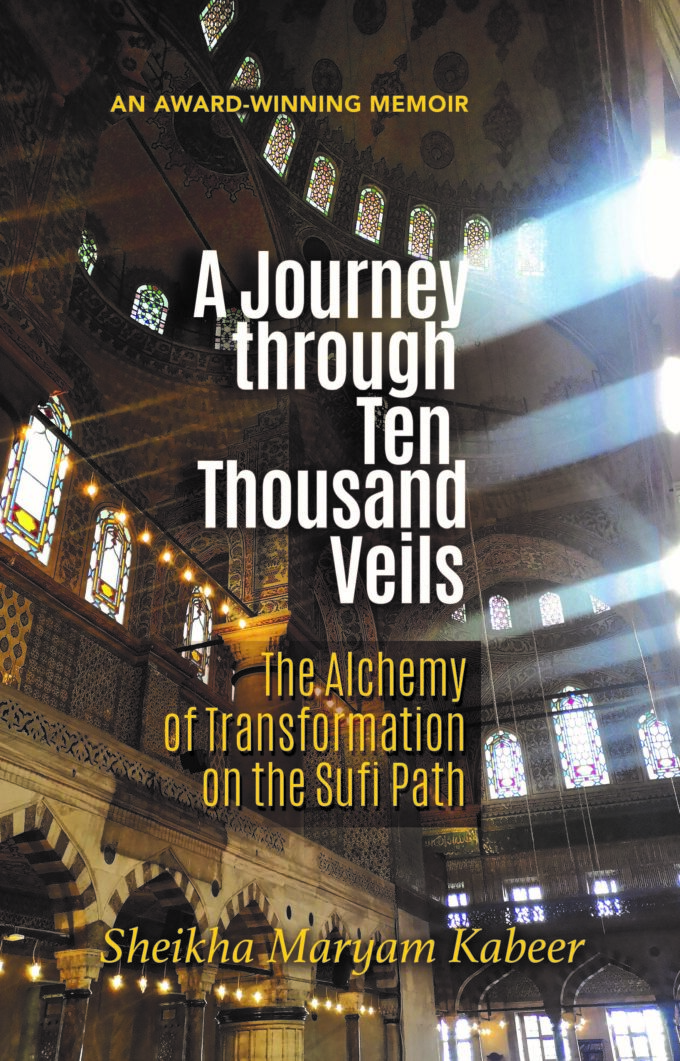 A Journey Through Ten Thousand Veils: The Alchemy of Transformation on the Sufi Path

A Journey Through Ten Thousand Veils is an in-depth account of the journey of the soul on the path of return to its Lord. Sheikha Maryam Kabeer was guided on her journey of profound transformation and illumination to meet and be guided by Awakened Spiritual Masters on the path of awakening, leading to the realization of the deep truth that all lives are interconnected by the Grace and in the Presence of the One Exalted Creator of them all. Born into a liberal Jewish family in Hollywood, she was guided to Berkeley, and then to Afghanistan, India, Nepal, and monasteries in Europe, ultimately to embrace Islam in Hebron (El Khalil), near Jerusalem. In following the example of Abraham (a.s.), Father of all the monotheistic religions, and while praying in the blessed Masjid al Aqsa, in which the spirits of all the Prophets (as) are assembled in eternal prayer and unity, in her spiritual practice, she was guided to penetrate the myth that there must be conflict between the descendants of the great servant of God, who was sent by the Creator, as were all the Prophets (as) to guide humanity to His Path of Truth. This book is a significant and revealing social and spiritual commentary, which dispels, as well, many other myths and stereotypes, such as the proposition that women are oppressed in Islam. On the contrary, it is by entering into the heart of Islam, guided by the Divine Light transmitted through great Spiritual Masters, that she was liberated, elevated, and blessed to serve the Creator and His creation with ever deeper sincerity and illumined faith.Travel with her on her epic journey in order to gain the knowledge that may also set you free.

Maryam Kabeer Faye is a Sufi master and a frequent speaker on Islam and Sufism.
Email