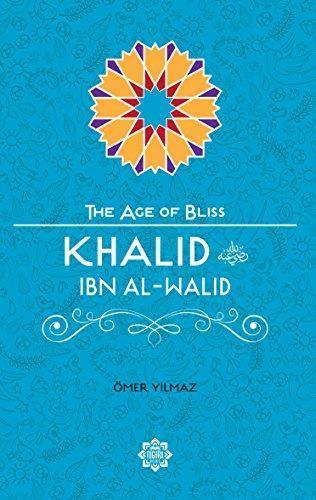 Khalid ibn al-Walid was born to be a leader of men. Growing up as one of three brothers in a military family, he always played commander to his brothers’ soldiers. After honing his skills as a soldier, his natural leadership qualities and courage on the battlefield made him a natural choice as commander of the cavalry. This book charts his career as an illustrious and successful warrior, Khalid ibn al Walid, first against the Muslim army, and later as leader of the Muslim army. This change of heart was something even the mighty warrior couldn’t resist. For, however great Khalid’s struggles on the battlefield, his greatest struggle took place within his own heart. Influenced first by his brother Walid’s conversion to Islam, and secondly by his personal encounter wit the noble Prophet, peace and blessings be upon him, Khalid could not resist the call of Islam, and became a Muslim. The story goes on to tell how, thanks to his victories in battle, Islam spread rapidly through Arabia and Syria. Khalid won a fearsome reputation as “the Sword of Allah” and, under the blessed Prophet’s guidance, fought his greatest battles to win wars, but also to win people’s hearts and bring the beautiful religion of Islam to all humanity. Throughout his life, Khalid was the personification of the advice he gave to his soldiers: “Patience is the highest virtue; defeat is feebleness; victory is only won with patience.”