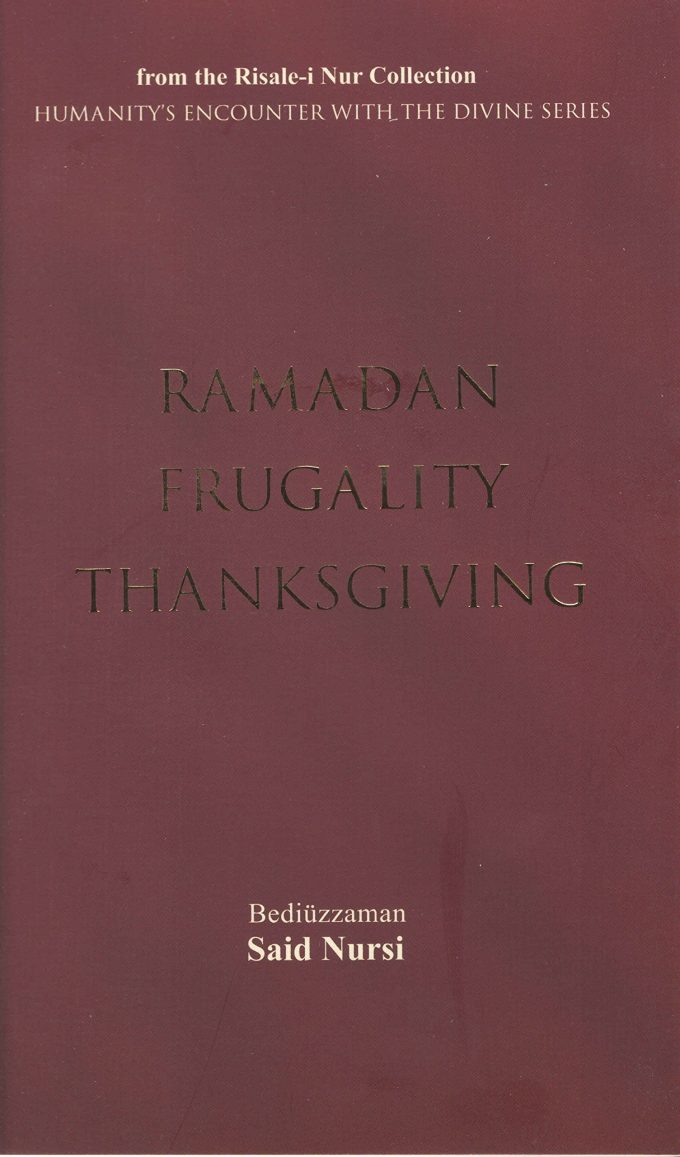 A discussion of some Divine purposes for fasting Ramadan, as it is Islam’s brightest and most splendid public symbol or ritualThe significance of frugality and thanksgiving

“Fasting Ramadan is one of Islam’s foremost pillars and greatest symbols. Many of its purposes relate to God’s Lordship and giving thanks for His bounties, as well as to humanity’s individual and collective life, selftraining, and self-discipline.”
“The All-Compassionate Creator demands thankfulness in return for the bounties He has bestowed on humankind. Wastefulness is contrary to thankfulness and implies a slighting of the bounty in a manner that will cause loss. Frugality, however, means worthwhile respect for the bounty.”
“The All-Merciful Creator’s most important command is to give thanks.”

Be the first to review “Ramadan, Frugality and Thanksgiving” Cancel reply