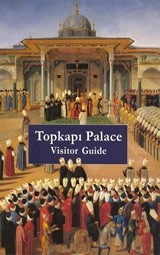 Welcome to the Topkapi Palace Museum,Formerly called the Saray-i Amire (Imperial Palace), the Topkapi Palace was built in 1459 on the old Byzantine city. The Topkapi Palace was the residence of Ottoman sultans and, at the same time, the administrative center for almost four centuries until 1830s. The royal family and high government offices started to abandon the palace first during the reign of Sultan Mahmud II, and the Imperial Palace was transferred to the Dolmabahce Palace in the time of Sultan Abdulmecid.
Many Ottoman period works are far majestic and richer than the Topkapi Palace. For example, although Master Architect Sinan constructed many mosques for sultans, many valide sultan (queen mother) mosques like Valide-i Atik in Uskudar, and many vizier and grand vizier mosques like Sokullu and Rflstem Pasha mosques, in this palace he only made part of the Harem section. The palace is stunning in regard to humility, beauty and particularly for its location, but there is no lavish extravagance to be found here.
Ottoman palaces are not the biggest and most expensive imperial palaces of the world. Neither the seventeenth century Topkapi nor the nineteendi century Dolmabahce is the grandest palace of their time; however, it is for sure that both of them were unique and elegant.
The treasure kept in the Topkapi Palace is world-famous. But more importandy, the archives section is a prominent source of information for world history. The Mosque of the Aghas is a rich Renaissance library that hosts more than 22,000 manuscripts in Turkish, Arabic, Persian, Latin, Greek, Armenian, Hungarian and Slavic languages.
One of the first places to be visited in the palace is the kitchens; part of a 12,000 piece Chinese porcelain collection, unrivaled in the world, is displayed here.
The Divan-i Humayun (Imperial Council), also called Kubbealti (literally “under the dome”), is the pavilion where the empire was run. The Arz Odasi (Audience Chamber) is the hall where the sultan accepted foreign ambassadors and statesmen.
The first building constructed was what we call the Fatih Kiosk which is used as the treasury exhibition today. Sultan Mehmet the Conqueror used this building and had the interior walls adorned with rare porcelain tiles and magnificent framed calligraphic inscriptions. The Pavilion of the Sacred Relics is the most meaningful section of the Palace and it is really worth seeing some of the personal belongings of the Prophet Muhammad, peace and blessings be upon him.
Another place we recommend you visit is the imperial clothing in the Seferli quarters (Imperial Wardrobe) at the Enderun Courtyard. Besides this, we recommend you stroll pleasurably through the palace gardens, give attention to every corner and stand before the scenic view opening out to the Marmara Sea and the Golden Horn. The Baghdad Kiosk and Mecidiye Kiosk to the east are located here.
We recommend that all visitors to our palace come prepared with historical information. Undoubtedly, your coming prepared will enable you to benefit more from visit to the palace which is proof of the Turkish historical identity.
Respectfully,
Prof. Ilber Ortayli, President of the Topkapi Palace Museum

Salih Gulen is an expert on Ottoman history and has authored several books.

The works he published on Ottoman photography are particularly noteworthy, including the first photographs of Mecca and Medina.

Salih Gulen currently prepares a weekly program for a national radio channel in Turkey and serves as an advisor for different TV productions.

Be the first to review “Topkapi Palace” Cancel reply