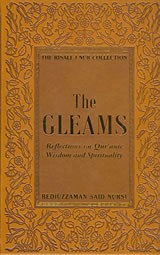 Reflections on Qur’anic wisdom and spirituality

The treatises written by this influential Islamic scholar address key issues of humanity, as discussed in the Qur’an, that are equally applicable to modern society. Essays include expositions on nature and its impossibility without the existence of God, the concept of sincerity and why it is a crucial part of Islam practice, and suggested ways for the elderly and sick to treat their ailments while staying true to their religion. Bediuzzaman Said Nursi was a 20th-century Turkish scholar of Islam and the author of Risale-i Nur, a 6,000-page modern commentary on the Qur’an.

Be the first to review “The Gleams” Cancel reply