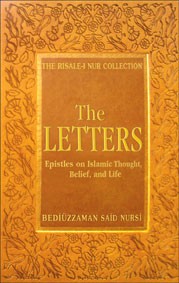 Written by a celebrated Islamic scholar to his students in Turkey after his political exile in 1925, these letters follow the long-established traditions of correspondence between spiritual masters and their students in remote lands. Both expressions of friendship and long-distance tutorials on points of scholarly debate, most of the letters are answers to questions about theology and hold forth on such matters as the nature of Paradise and Hell, the suffering of innocents, the miracles of Prophet Muhammad, peace and blessings be upon him, and the Divine purpose in the creation of the universe.

Be the first to review “The Letters” Cancel reply